Congratulations to Sydney Maurer, Samantha Zahl and Kaliah Damp who were named  to the NIC Girls Soccer team. Maurer was named All conference while Zahl and Damp were Honorable Mention. Click on the link below to see the entire North-South Division  team. NIC GSO North-South 20 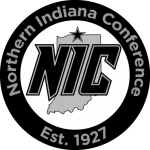 The NIC Conference has renamed  their divisions in football. The current NIC North which consist of  Penn, Elkhart, Saint Joseph, Marian, New Prairie, SB Adams will now be called the East-West Division, while the current South Division which consist of Bremen, Glenn, Jimtown, SB Riley, SB Washington,  and SB Clay will now be called the North Division. In

The girls soccer team saw their season come to an end with a 4-0 loss to New Priarie in the Sectional.  Samantha Zahl led the defense with several stellar plays blocking the shooting lane. Mayah Francis had 15 – 25 yard plus throw ins and gave Clay an advantage on the line. Goalie Abby Demler 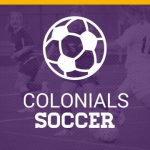 The Colonials Boys and Girls Soccer teams found out their state tournament path Monday after the IHSAA drew their annual tournament parings.  The Girls participate in the Class 2A Marian Sectional and will face New Prairie in the 2nd match.  If the Colonials win that match,  they would then face the winner of Culver Academy

In their best performance of the year the Girls Soccer team played hard but lost to Laporte 5-0 Saturday.  Anna Tucker saved 7 goals. Excellent performance with several diving saves. Sam Zahl also saved a goal volleying at the last minute ball out before it went into the goal .Sydney Maurer strong defensive performance Kenia

The Girls Soccer team got great goal play from Anna Tucker but the Lady Colonials dropped a 10-0 decision to Elkhart Christian Academy Tuesday night. Tucker had 15 saves in goal while there were great defensives plays made by Sydney Maurer, Sam Zahl, and Abby Demler. Also contributing in the midfield was Kalaih Damp and

In their regular season home game of the season, the Girls Soccer team played hard but dropped a 3-0 decision to New Prairie. Some great individual performances turned in by Abby Gonzalez who had 3 shots on Goal while Sydney Maurer also had a shot on Goal and Anna Tucker with multiples saves on goal.

The Girls soccer team fought hard Thursday night against Mishawka but dropped 9-0 decision to Mishawka. The Colonials battled hard in the 1st half and only trailed 1-0 at the half.  Anna Tucker had 15 saves in goal including saving a penalty kick. Standout performances by Samantha Zahl, Sydney Maurer and Abby Demler. Mayah Francis 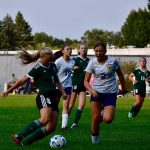 A tough night for the Girls Soccer team as they dropped an 11-0 match at John Glenn.  Some Highlights on the night include Anna Tucker  who had  over 15 saves, Kalaih Damp played well marking up as defensive mid blocking passing lanes .Samantha Zahl, Abby Gonzalez and Abby Demler lead the defense.  The team back in

No Events This Week

Events are added by athletic staff.
View All Events