Behind 22 points from Robert Allen and 15 from Christian Love the Boys Basketball team earned their 1st conference Victory with a 71-32 win over Bremen. A special moment of the night is when Player Jackson Jones received his scholarship check form the Indiana Basketball Hall of Fame. He was one of four winners of the Hall of Fame Scholarship. The JV was also victorious 63-47 over the Lions.  The Colonials back in action next Tuesday at Elkhart Central. 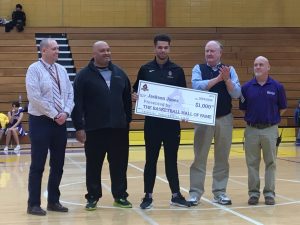 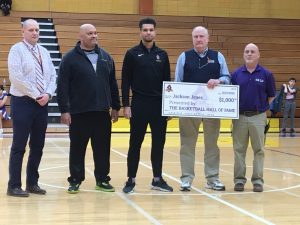